“The iconic Italian violin virtuoso Salvatore Accardo and three friends (Laura Gorna, violin. Francesco Fiore, viola. Cecilia Radic, cello) showed what string quartet playing is all about. The performance of Verdi’s only string quartet, which ended the concert, began communicating with the audience, from the first measure, on a deeply personal level.. When played the way it was Sunday night in Cartagena, the music has thoughtful, lyrical wings.”

To the delight of the audience that fills the Sala Grande of the Teatro Comunale, Estrio offers a Ravel charged with tension, exuberance, “joie de vivre”, happiness and passion.

..the Trio in A minor is where piano, cello and violin acquire elegance, softness, gentleness and an exquisite sound, all born of feminine sensibility.

Between brio and fire, an unrestrained delight – just like the warm applause, greeted by an encore from Germaine Tailleferre.

The three Graces sung in Greek-Latin mythology descended last night from Mount Olympus, and met us mortals in Vercelli, disguised as the three musicians that founded Estrio in 2005: Laura Gorna (violin), Cecilia Radic (cello), Laura Manzini (piano). The gift they brought to women and men was their rendition of Beethoven’s Triple Concerto for Violin, Cello and Piano, op. 56 in C Major, accompanied by the Camerata Ducale conducted by Guido Rimonda.

What we regard as the expressive peak was reached in the central Largo, with the opening theme beautifully played by the cello, fully capable of bringing to life the enchanting sweetness of the foundational A flat and unveiling the entire movement in a dreamlike atmosphere full of intimate lyricism.

“..Estrio has brought to live the pearl of the German composer’s chamber music catalogue, the trio in D minor, Op.49 (by F.Mendelssohn, ed.), the cello theme sketched by Radic in the first movement was delightful, not to speak of that enounced by the piano in the magnificent Andante.. A truly passionate final..

“Subtly disquieting in the elusive trio number two by Shostakovich, with its lyrical oases, pizzicato notes, and innumerable different sounds of the piano, where, nevertheless, the confusion of the universe is recapitulated in musical gestures that make it vital in an unleased will, passionately sweet in the moving trio number two by Schumann, in which, however, romantic beauty appears in an endless unrealisable dream, the girls of Estrio, Laura Gorna, violin, Cecilia Radic, cello,and Laura Manzini, piano, are the authors of an excellent and extremely intense album.

Solidity and imagination, culture and instinct in the beauty of sound, or, rather, sound in its various forms of beauty, which the recording conveys in all its richness and presence.”

“…affectionate violinist Laura Gorna, moving cellist Cecilia Radic and wise pianist Laura Manzini are technically perfect musicians and artists able to ruffle and soothe. They play under the name of Estrio. Their performance of the third movement of Clara Schumann’s trio reached an unforgettable tenderness, at once vibrant and self-possessed.”

“…The Young extraordinary trio showed a wonderful technique and perfect harmony from the very beginning …Gorna, Radic and Manzini are musicians of great personality… The result is emotionally moving…”

“Thompson’s elegant violin, Radic’s soaring cello and the rich sound Han drew the grand piano made this a model of what grat chamber music is about.”

“…the fluid and voluminous sound of cellist Cecilia Radic, which, perhaps because of these virtues and her looks, reminded us of the great Jacqueline Du Prè… the beautiful andante cantabile [of Schumann’s Quartet op. 47] caused a magic aesthetic pleasure – the sort that gives you goosebumps…”

“…cellist Cecilia Radic has a beautiful sound which combines and enviable dark power on the lower strings with an overall softness which is hard to find in cellists. In addition to that, her technique is beyond any uncertainty, and can approach any trick and any embellishment with full confidence…”

“…Shostakovich’s Cello Concerto no.1 in E flat Major revealed to the audience of Reggio an extraordinary Cecilia Radic, a young and hugely talented musician – the intense virtuoso quality that such a piece requires, filtered by a considerable maturity in rendition, become her own expressive meanse…”

“…what really struck us was Cecilia Radic’s warm, sharp and humane sound. This is a great talent that in Debussy’s complex path has drawn extremely refined lines… she has displayed a precious interpretative nature…”

“…special emphasis should be placed on the excellent execution of Schumann’s Fantasie Stücke for cello and piano by Cecilia Radic who, especially in Trois Strophes sur le nom Sacher for solo cello, delighted the audience with a difficult intepretation, achieved through a veritable maestro’s personality and originality.”

“The L’Ora della Musica concert series has displayed a true Italian talent: cellist Cecilia Radic. Her interpretation of Shostakovich’s Cello Concerto no. 1 has been truly extraordinary: this artist’s technique is top class, but she also knows how to convey vibrant emotions..”

“…an ardent and passionate interpretation of Strauss’s Sonata… an authoritative and powerful sound… in the first and final movements her musical approach was charged with temperament, in the melancholic Andante the soloist boasted a truly engaging mezza voce, with the right expressive depth. An excellent execution…” 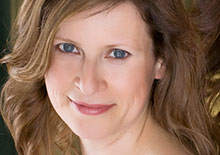 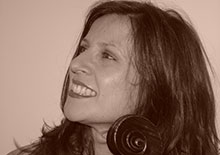